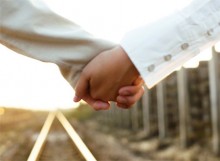 Unfortunately, we hear tragic stories of celebrities dying from suicide or drug overdose too often. Some of us have even experienced the suicides of a friend or a loved one. In light of Robin Williams’ untimely passing recently, we are reminded that suicide is a brutally real consequence of the diseases of depression and addiction. The Substance Abuse and Mental Health Services Administration has designated September as National Recovery Month, and no time is better than the present when it comes to getting well and getting sober.

We think of suicide as being so heartbreaking because it seems senseless or preventable. In reality, millions of people suffer from depression and/or addiction. As dual diagnosis, the two are a dangerous combination.

According to the National Institute of Mental Health, depression affects up to 18.8 million, or 9.5 percent, of Americans in any given year. More than 30 percent of those afflicted will also have a substance use disorder at some point in their lives. The American Association of Suicidology reports that major depression is the psychiatric diagnosis most commonly associated with suicide. Seven out of every 100 men and one out of every 100 women diagnosed with depression will contemplate suicide at some point in their lifetimes. According to the World Health Organization, the treatment of depression can be effective more than 60 percent of the time. However, less than 25 percent of individuals with depression receive adequate treatment.

Men who develop dual conditions frequently become addicted prior to experiencing the depression that subsequently follows. Both conditions can become chronic and recurring. The brain is the primary biological target affected by addiction and depression. Critically important neurological circuits that are responsible for pleasure and happiness can malfunction, causing a variety of symptoms and behaviors. Addicts will develop an irresistible obsession for alcohol and/or drugs. The compulsion to get intoxicated is the inevitable result. Over time, the addict’s brain demands more, and the addict tries to maintain daily use in order to avoid withdrawal, which can be painful and require urgent medical care. Oftentimes, the addict’s life becomes disrupted by legal, financial, occupational and/or marital problems that ruin his or her family and career. Overwhelmed by helplessness and despair, the addict may feel utterly hopeless and desperate for relief of physical and emotional pain.

Major depression disturbs the brain’s ability to cope with stress. A depressed person may barely be able to function during normal day-to-day activities. A sad or irritable mood overpowers a person who has major depression, and he or she will withdraw from daily life. Hygiene may be neglected. Appetite can be lost. Thinking is no longer clear. Concentration and decision-making become too difficult. Despite feeling tired, the person may not be able to sleep. When this added level of despair is linked with addiction, symptoms of the two can worsen each other. It is at this point that the risk of suicide becomes more dangerously elevated.

When someone begins contemplating suicide, several warning signs are usually noticeable, such as talking about having no reason to live, making out a will and final arrangements and giving away prized possessions. Typically, the person feels he has no way out of the dilemmas in his life. As the depression becomes more severe, even a workable solution to any problem is rejected. A person who is depressed and addicted to drugs or alcohol might be in a crisis from which no means of escape seems possible.

The dual diagnoses of addiction and depression can be made by a psychiatrist. After the doctor conducts the evaluation, he or she will suggest a multifaceted treatment plan. The plan can focus on detoxification and hospitalization if necessary. Management of the diseases with anti-craving and antidepressant medications is essential in all cases. In addition to medication, various forms of psychotherapy promote coping skills. Mutual aid groups such as Alcoholics Anonymous and Celebrate Recovery provide networking and fellowship for addicts. Groups like these can help someone advance through all the stages of recovery from addiction. They are most valuable assisting the newcomer with practical tips to stay sober. For many millions of Americans, sobriety and sound mental health are possible to achieve and maintain one day at time.

Ultimately, addiction and depression are the demon duo that can bring anyone to the brink of giving up on life. Treatment is usually successful in stages. Hardly anyone achieves full recovery or remission with the first attempt. The key is to never give up, even if reaching out one more time seems useless. Those who keep striving greatly improve their chances of getting well. More importantly, for those who cannot cope any long with despair and hopelessness, call 911. At the very least, remain in a safe place with family or friends until the crisis passes. It is always possible with proper treatment to get well. That must be the highest priority. It is often said in recovery meetings: “Don’t give up before the miracle happens.”

Dr. Smolen is an addiction psychiatrist at UF Health Florida Recovery Center. He also is an associate professor at the University of Florida College of Medicine, department of psychiatry.