FRC Substance Abuse Therapist Angela Bauer, M.H.S.E, earned a shining star, being acknowledged for her efforts to usher a specific patient into the Partial Hospitalization Program. This patient had reservations about some of the program elements due to his religious background. Angela introduced him to other patients who had the same mindset when they began the program. After meeting with other patients, he chose to be a patient FRC .

Victoria Britt, an FRC Financial Counselor, earned her February shining star for attention to detail. She used extensive knowledge to match patients with financial options fit for them. Dr. Teitlebaum, vice chair of addiction and Pottash Professor in the University of Florida departments of psychiatry and neuroscience, noted how the health system can be daunting for a patient and commended Victoria’s actions as going above and beyond to communicate with patients. 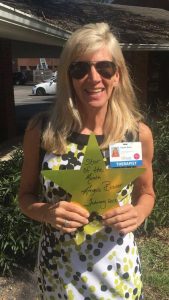 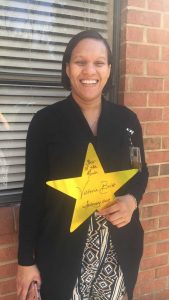